WONDERFUL woodlands and fabulous forests from all across Scotland have been recognised in an annual awards ceremony. The 2017 Scotland’s Finest Woods Awards, which are supported by Confor, honour the outstanding contributions made by woodland to people, the environment and the economy.

The winners come from the length and breadth of Scotland, from the Borders Forest Trust Wildwood Group in the south to the Airor Common Grazings Committee in Knoydart in the north west.

Scotland’s Finest Woods, the independent charity which operates the awards programme, said the quality of 2017 winners was “exceptional”.

The awards were presented at the Royal Highland Show by Fergus Ewing MSP, Scotland’s Cabinet Secretary for Rural Economy and Connectivity. He said: “Forestry and timber is worth £1 billion annually to Scotland’s economy and employs more than 25,000 people - but its wider social, educational and environmental value to communities and individuals is incalculable.

“The people who win these Awards are passionate and united by a desire to sustain, maintain, expand and most importantly enjoy our forests and woodland. It is fantastic that Scotland’s Finest Woods recognises and celebrates the contribution that people from across Scotland make in their hard work to support their local communities and the environment.”

Angela Douglas, Executive Director of Scotland’s Finest Woods, said: “The exceptional quality and the variety of the entries in 2017 highlights the enormous value of forestry and woodland to Scotland’s economy, environment and communities.

“The Community Woodland Award entries, for example, were of immensely high quality, with a winner and two commended entries in both the large and small community woodland categories. We have joint winners in the New Native Woods Award due to the extremely high calibre of both Carrifran Wildwood in the Moffat Hills and Mar Lodge Estate Pinewoods at Braemar in the Cairngorms National Park. Very hard work has taken place over many years to achieve the results now visible.”

Another notable winner was Jerah, the largest modern planting site in Scotland, where 1.3 million trees were planted in 2015. As well as providing a significant future timber crop, Jerah was designed to deliver a range of public benefits, including encouraging biodiversity, reducing flood risks and enhancing public access.

Angela Douglas added: “The judges were very satisifed that the 2017 prizes have gone to what can justifiably be described as Scotland’s finest woods.

“The Awards provide a way to recognise and reward achievement and find exemplars for others to follow. This can only be done thanks to support from many organisations in the forestry sector spanning the tree nursery, children’s learning, forest management, NGO and sawmilling sectors.”

In addition to receiving trophies and prize money, all winners receive a specially- commissioned cherry wood commemorative plaque engraved with their winning details to keep, and a certificate. 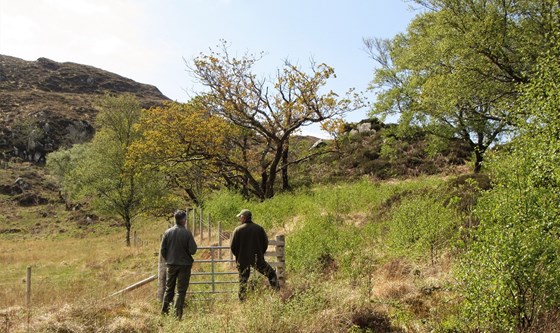 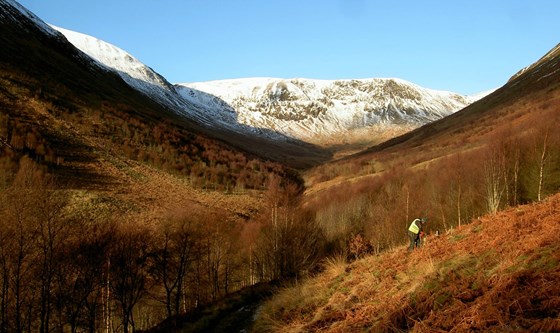