Planting starts at largest forest in England for a generation

Schoolchildren today planted the first of 660,000 trees in England's largest forest for more than 30 years.

Pupils from Glendale Middle School in Wooler, Northumberland, helped to begin the creation of the forest at nearby Doddington North Moor.

Project Manager Andy Howard told the group of Year 5 (9-10 year-old) pupils: “For the rest of your lives, you will be able to see these trees growing. As you grow up, the trees will grow with you.”

Mr Howard has worked closely with the local population and has been “staggered” by the support for the scheme, which will create new mountain bike trails, improved access to a bouldering site and opportunities for forest education.

Geoff Tong, Deputy Headteacher at Glendale Middle School, said: “It’s very exciting to have the largest forest for a generation here. Lots of our children live on farms in the area and it is right on their doorstep. As a rural school, they have more opportunities to get outside and really enjoyed getting involved in the planting. We will be more involved as the site develops, especially looking at the biodiversity aspects.”

The children were shown how to plant oak and birch trees by Orlando Correia and Oliver Day of The Forestry Workers' Co-Operative, in Pathhead, Midlothian. They started planting immediately after today's ceremony. Around 65,000 trees will be planted in the next few weeks, mainly Sitka spruce, but also oak, birch, alder, Western red cedar and Noble fir. Next winter, the planting will be a mixture of Sitka spruce, Scots pine, birch, aspen, oak and alder.

The new forest will provide real benefits to the North-East economy - short and long-term employment on site and a future timber supply to wood processors, including A&J Scott, which employs almost 150 people in Wooperton, near Wooler. The trees to be planted at the site have been provided by regional nurseries - Cheviot Trees near Berwick-upon-Tweed and Trees Please in Corbridge.

Environmental benefits include the restoration of a rare peat mire on the site and the extension of a buffer zone to protect red squirrels.

Mr Howard, whose two children also planted trees, said: "I hope Doddington can be a blueprint to help develop the resources future generations will need, and to restore and maintain some of the biodiversity that mankind’s actions might otherwise have caused us to lose.  I believe the children with us today, and their children in the future, will thank us more for being forward-looking in our actions, rather than arguing over past failures.

"This is a hugely important and symbolic day, both for me personally and the forestry industry - and probably the proudest day of my working life." 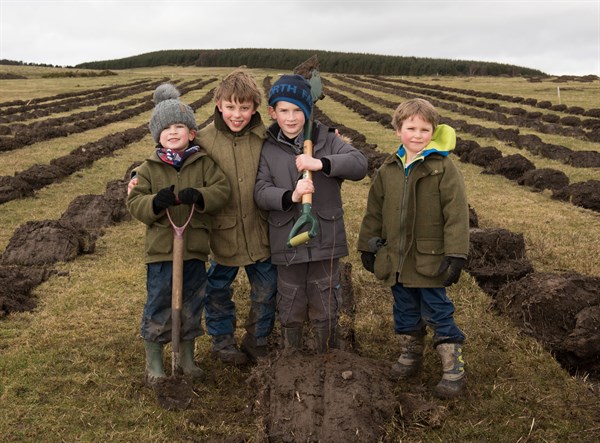 Conservative MP Anne-Marie Trevelyan and North-East England Labour MEP Paul Brannen - both strong supporters of the project – attended the planting day, along with Confor’s England Manager Caroline Harrison and Chairman Athole McKillop and representatives of the Forestry Commission, Natural England and other members of the rural community.

Anne-Marie Trevelyan, MP for Berwick-upon-Tweed, said: “To see the largest forest in 30 years being planted here is wonderfully exciting. I have followed the progress of the Doddington forest plans very closely and I am delighted to at last see trees going into the ground. This is a victory for our countryside, for long-term forestry investment and for common sense. Hopefully, it will pave the way for more modern forests with a mixture of tree species to be planted in the North-East - to the benefit of our economy, environment and local communities."

Paul Brannen, North East England MEP, said: “This is a very significant piece of forestry but why has it taken 30 years to create something like this? We need to plant many more trees and I hope this is the first of many large new forests – but we also need to plant near to population centre to make forests accessible to everybody. As we leave the Common Agricultural Policy, there should be many more opportunities for tree planting alongside farming.” 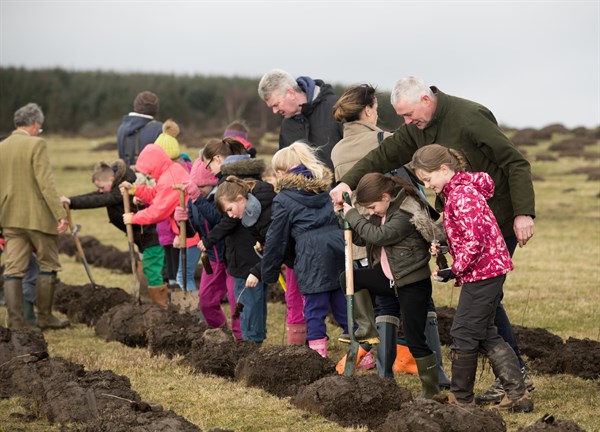 Mr McKillop said: "This is a tremendous day for forestry in England. Andy has had to work his way through a really challenging and complex set of rules for forest creation, designed for a different generation. Andy has broken the mould and others following in his wake will reap the rewards of his efforts at Doddington." 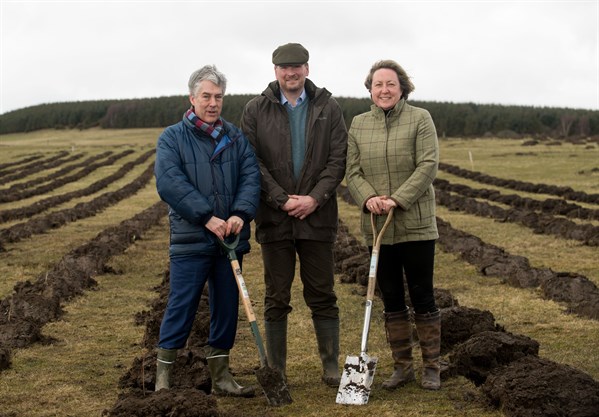 Richard Greenhous, Director of Forest Services at the Forestry Commission, said: “Doddington is a remarkable project that has served as a learning experience for all of us, informing future processes, and leading us closer towards achieving the government and forestry sector’s ambitions to plant more trees in this country.

“We’ve worked hand in hand with the applicant, Natural England and the Environment Agency to get to this major milestone, and stand ready to support other landowners by helping them receive the benefits of woodland creation.”

* The Doddington site is 354 hectares, with 268 hectares to be planted - 42 per cent of the site will be planted with productive conifer trees (the majority Sitka spruce), with 20 per cent native broadleaves and 13 per cent mixed Scots pine and native broadleaf. Of the remaining 25 per cent, 10 per cent is open ground and 15 per cent managed priority habitat.