Hunt on for Scotland´s Finest Woods

The search has begun to find and celebrate the finest and most inspiring woodlands in Scotland.

The Scotland’s Finest Woods Awards 2017 are an annual recognition of excellence among those who use, own or manage Scotland's woods and forests - and a celebration of their contribution to the wealth and well-being of communities.

Last year’s winners were spread across Scotland, from a nursery school in West Dunbartonshire to a forest in Caithness. There were winners from Argyll, Perthshire, Ross-shire and Inverness-shire with commendations from the Scottish Borders, Fife and Aberdeenshire.

“Woodlands and forests in this county boast some of the highest standards anywhere in the world and it is important to recognise that. Great work is going on across Scotland – but it is often away from the public gaze and we want to shine a light on this excellence.

“It is wonderful to see applications coming from all corners of Scotland and the winners celebrating success at our annual Awards presentation at the Royal Highland Show in June. 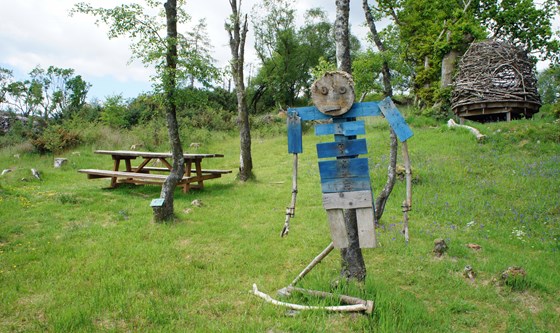 Applications are now open for 2017, with trophies and almost £7,000 of prize money to be won. There are seven awards in four categories:

The Quality Timber Awards focus on growing timber of a high standard in three categories, with magnificent trophies and £3,000 in total prize money:

The New Native Woods Award – for the skilled delivery of high-quality young native woods and the potential to win the striking Woodland Trust Scotland trophy and £1,000 of prize money (won in 2016 by Garradh Beithe Wood, Inverness-shire).

The Schools Award, won in 2016 by Gavinburn Early Education and Learning Centre in West Dunbartonshire, is for projects that increase young people’s understanding and appreciation of the environmental, social and economic potential of trees, woodlands and forests and the link between trees and wood-based products.

The Community Woodland Award is awarded to community and urban woodlands or other social projects that involve people with their environment. The overall category winner in 2016 was Kilfinan Community Forest, Argyll  - pictured above - (also winner of the Viable Livelihoods competition), while Evanton Community Wood, Ross-shire, won the Healthy Lifestyles section). This year, there are two different competitions for small and large community woodland groups.

The Dulverton Flagon, an award made at the judges’ discretion, was won in 2016 by Forest Enterprise Scotland for its work in Sibster Forest, Caithness.

Entries are accepted up to 31st March 2017. Full details, including criteria and entry forms, are available at the awards section of www.sfwa.co.uk. 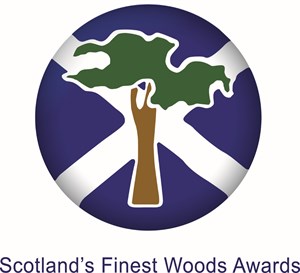