Gender and diversity in forestry

Confor has produced a new report to examine the "apparent paradox" around gender and diversity in the forestry sector in Scotland.

Dr Harris conducted interviews with five men and five women in the sector for the report, Gender and Diversity in Forestry in Scotland, which is intended to stimulate debate on the subject and to prompt further work. She also reviewed relevant literature.

Confor Chief Executive Stuart Goodall said: "Aileen McLeod had shown a real interest in this subject and we thought the time was right to do some baseline research. Listening to the views of women - and men - in the forestry and timber sector seemed a good place to start."

In his foreword to the report, Mr Goodall said: "There is an apparent paradox around diversity in the forestry sector in Scotland. It offers much for people from many different backgrounds, but it is often viewed as 'pale, male and stale'  because the lack of diversity of participants."

He goes on to note that women hold several of the most significant posts in the sector As well as the Minister Dr McLeod, the Head of Forestry Commission Scotland is Jo O'Hara, while Amanda Bryan is Chair of FCS National Committee and Bridget Campbell heads the Scottish Government's Environment and Forestry Directorate.

The foreword concludes: "The interviewees were in broad agreement that the sector is improving in terms of its inclusion of women but that the greater challenges are perhaps around diversity more generally and how to reconnect young people with the outdoors.

"The recommendations are intended to open up further discussion rather than lay down a specific blueprint for action."

Dr Harris said: "This was a very interesting project which has opened up a wide range of issues not only around gender and diversity, but also about education, recruitment, our increasingly indoor culture and much more. I look forward to these issues being taken forward by the sector." 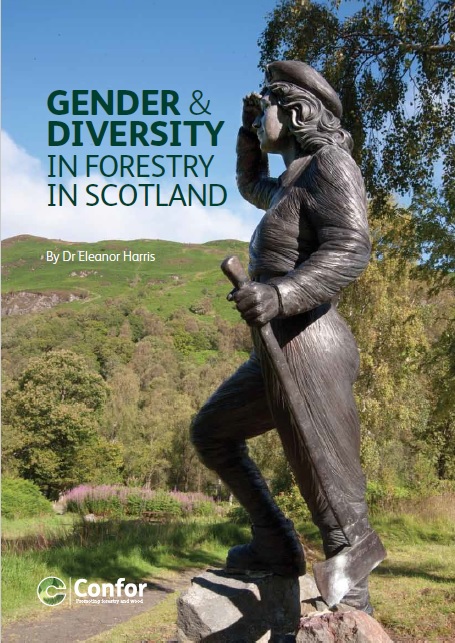