Confor has paid a warm tribute to Sandy Brownlie CBE, one of the founding figures of the forestry and timber industry, who has died at the age of 84.

Stuart Goodall, Confor Chief Executive, said: “Everyone at Confor is very sad to hear of Sandy’s passing. He was a major figure in the development of the UK sawmilling industry - from initial modest beginnings to a modern manufacturing industry with businesses like BSW that can hold their head high on the international stage.

“Personally I always enjoyed catching up with Sandy. He would never shy away from being challenging, but always with a friendly, open manner. His legacy is clear to see.”

Sandy Brownlie was born on August 24, 1935 into the family sawmilling business based in Earlston in the Scottish Borders. After a brief spell in the office of a Liverpool timber broker, he began working full-time in the business in 1953, returning again in 1956 after his National Service and a period working for the company's auditors in Edinburgh. He was appointed a Director of A&R Brownlie in 1959.

In 1970, Sandy led a large investment in new equipment and a transport fleet, reviving a business his father had come to believe was in decline. In July 1981, A&R Brownlie bought Western Softwood, based in Wales, and became a major force in the UK softwood producing industry.

Thomas Smith & Sons (Kirkoswald) Ltd, based in Ayrshire, was acquired in 1988 and BSW Timber PLC formed on 4 July 1988. Sandy was BSW’s first Chairman and by 1991, the firm had built a major new state-of-the-art sawmill at Carlisle.

Sandy was awarded the CBE at Buckingham Palace by the Queen in 1994 for his services to the industry. He served on many trade associations boards, always driving and promoting the forestry and timber industry.

In 2006, BSW acquired the former Arjo Wiggins paper mill in Fort William, where the UK’s most technologically advanced sawmill now operates. Sandy retired as chairman in 2009, and for more than a decade, watched BSW continue to grow - creating an entire supply chain business with the acquisition of Tilhill Forestry and then Maelor Forest Nurseries, as an admired elder statesman of the industry.

Sandy Brownlie is survived by his wife Maude, son Alex, daughters Jane, Kate and Clare and stepdaughters Liz and Trish. 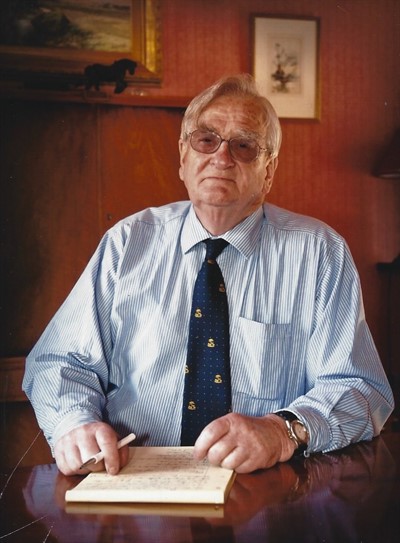