Confor supports new law to tackle the scourge of fly-tipping

Confor has welcomed a new initiative aimed at cracking down on fly-tipping in Scotland.

Scottish Conservative Murdo Fraser MSP is proposing new legislation that modernises existing laws to ensure that victims of fly-tipping do not find themselves liable for the costs of cleaning up the mess left by the anti-social actions of others.

Instead, it will place a strict liability on the part of the generator of waste, to ensure that it is properly disposed of.  The proposed legislation will also look at the levels of penalties which can be imposed. Currently local authorities are able to impose a  £200 fixed penalty fine but it is not clear that this acts as a sufficient deterrent against fly-tipping.

Jamie Farquhar, Confor’s National Manager for Scotland, said: “Fly-tipping has long been a thorn in the side of forestry managers in Scotland as the access roads used for woodlands are unfortunately popular places for those seeking to dump their waste rather than ensure it is properly recycled according to regulations.

“Evidence we have seen and gathered from Confor members suggests that this problem has got much worse during the coronavirus pandemic so this is a good time to look afresh at the legislation with an aim to protect Scotland’s beautiful countryside, including our forests and woodlands.” 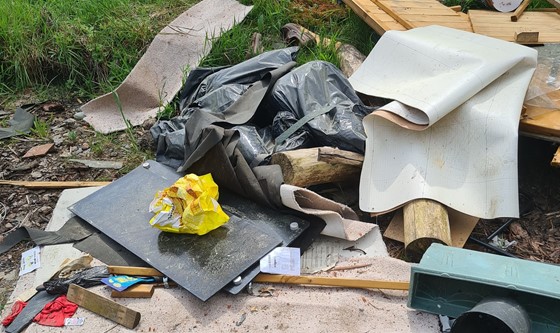 Will Anderson, Chief Executive of Seafield and Strathspey Estates, said: “We have seen a significant increase in fly tipping in recent years and this became particularly noticeable during the recent lockdowns. The range of items span from household rubbish to industrial waste, some of which has clearly been uplifted from legitimate sites but dumped in our woods rather than being legally disposed of.

“Clearing this up costs us several thousand pounds a year - and more if we have to use specialist contractors. It seems unreasonable that the innocent party, in this case the owner of the property, has to pay to dispose of waste that they did not produce. We support Mr Fraser’s initiative to look again at the legislation that surrounds this matter.”

Murdo Fraser MSP said: “I am delighted that Confor, representing Scotland’s forestry and wood processing industry, has decided to support my efforts to fight back against the fly-tippers ruining the countryside most of us love and enjoy.  Forestry provides more than the timber we need for construction; it can also provide great places for recreation and enjoyment of the great outdoors close to the urban areas most Scots live.  However its accessibility can also be abused by that minority whose actions spoil some of our best loved places for the majority of us.”

“The Member’s Bill that I am taking forward in the Scottish Parliament will seek to address these matters.  The first stage in this will be to prepare a public consultation, which I am presently working on following a number of discussions with stakeholders.  It's great that Scotland’s forestry sector will be involved in these discussions given it unfortunately often finds itself at the front line of effort to clean up after inconsiderate fly-tipping has taken place.”