The announcement of the first phase of a Northumberland Forest is an exciting development which could herald a new era of productive tree planting in England to help tackle the climate emergency, according to Confor CEO Stuart Goodall.

Mr Goodall said the announcement, combined with ongoing work in the Borderlands Growth Deal should herald a bright future for forestry in the County - welcome vindication of hard work by Confor and its partners.

“I am genuinely excited at the announcement of a Northumberland Forest," he said. "Hopefully, this will mark the turning of a corner in England - opening up the prospect of increased new planting in the North East and then across England.

Confor has been pressing for strong political leadership, and a step-change change away from the status quo that has seen people who want to plant trees being put off by an unwelcoming, bureaucratic process.

"A long-term step change in planting can help tackle the climate emergency and help the UK meet its 2050 net-zero carbon targets. It can also deliver benefits for people and for wildlife and to provide more of the timber we need to create wood products in this country - to reduce the embarrassingly high amount of timber we import."

Confor has been pressing for action in Northumberland in particular as it is very suitable for tree planting at scale to lock up carbon, create a diverse landscape and offer a diversified income for farmers and landowners.

Mr Goodall said: "Confor has consistently highlighted Northumberland's potential for new planting at scale and organised the Superwood conference in Newcastle last December to showcase that potential. This was followed up by a letter to then Forestry Minister David Rutley MP from the industry, environmental organisations and senior politicians from different parties."

After a positive reply, Minister Rutley visited Northumberland in July and although he left his post when a new ministerial team was formed, Confor was able to secure an early meeting with his successor, Zac Goldsmith MP. Mr Goodall raised the issue of planting in Northumberland as a matter of priority and received an enthusiastic response.

"We are very grateful for the political leadership shown, first by David Rutley in getting this issue on the policy agenda - and now to Zac Goldsmith for this very positive announcement," Mr Goodall said.

"This is an important first step, opening up the prospect of a long-term public-private planting partnership in the North East that leads to quicker and more efficient processing of applications to plant trees. While the initial phase is for one million trees, a successful, new approach backed by Ministers should see tens of millions of trees being planted in the long term with the Northumberland experience being rolled out across England."

Mr Goodall said the key to success was an efficient process that engaged stakeholders in the project - including the farming and landowning community, who will be crucial to providing the land to plant a diverse range of trees.

The first stage of the Northumberland Forest will see the creation of three forests covering 500 hectares, with up to a million new trees in total. Planting is due to start in 2020 and will be completed by spring 2024. The second phase will involve the creation of a Northumberland Forestry Partnership to develop plans for the new forest, bringing together local residents, landowners, environmental groups and the forestry and wood-using industry.

Mr Goodall said: "Confor has worked closely with stakeholders at every stage of this project - including Northumberland MPs Anne-Marie Trevelyan and Guy Opperman, former North East MEP Paul Brannen and Northumberland County Council, whose leader Peter Jackson is a farmer. We have also worked closely with The Woodland Trust and Friends of the Earth - and will continue to collaborate with all interested parties as the success of this project depends on all parties working together." 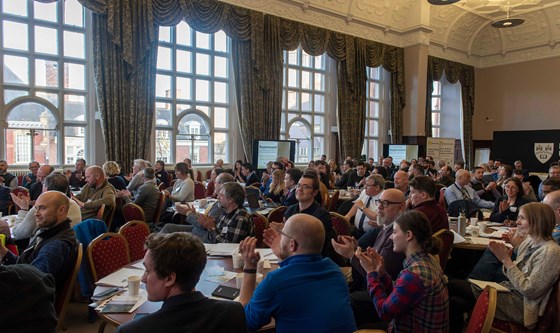 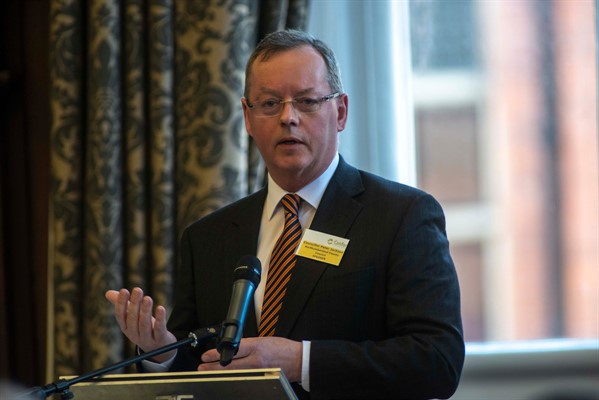 Confor coordinates a letter to Forestry Minister David Rutley MP from six Superwood speakers - including Friends of the Earth, Woodland Trust, Labour MEP Paul Brannen and Conservative leader of Northumberland County Council Peter Jackson (pictured). It calls for an expansion of productive planting to "deliver wide-ranging positive benefits to our economy, our environment and our rural communities."

David Rutley responds positively to the letter and urges Confor to start working "with land managers, landowners, the local community, and others" to develop proposals for new productive planting in Northumberland. He says he is keen to visit Northumberland in the near future to "better understand what you think could be developed there". 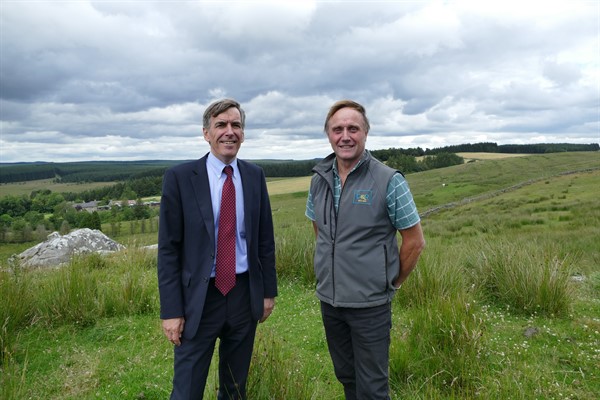 Confor arranges a visit by David Rutley MP to Northumberland to meet members who have planted trees in the region and hear about the challenges they have faced in creating woodland - and hears why wood processors like Confor member EGGER need a guaranteed long term supply of timber. 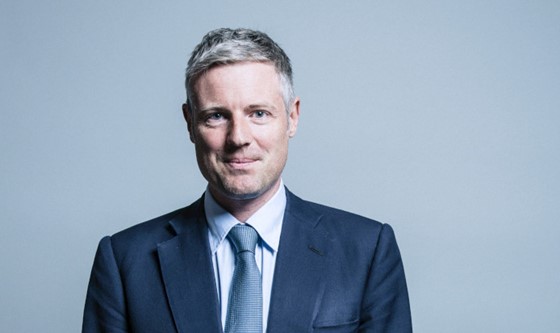