If UK Government is not delivering on planting targets, how serious is it about tackling climate change?

Get real – climate change is real!

For decades, researchers argued the global temperature rise must be kept below 2C by the end of this century to avoid the worst impacts. But scientists now argue that keeping below 1.5C is a far safer limit for the world (read more).

In a recent special report the Intergovernmental Panel on Climate Change (IPCC) says the planet will reach the crucial threshold of 1.5 degrees Celsius above pre-industrial levels by as early as 2030, heightening the risk of extreme drought, wildfires, floods and food shortages. The planet is already two-thirds of the way there, with global temperatures having warmed about 1 degree C.

Prof Andy Kerr (Edinburgh Centre for Climate Innovation) says that “at the heart of the report is the identification of greenhouse gas emission pathways that are necessary for global society to reduce the most adverse climate risks and to adapt to the changing climate. To meet the 1.5°C target without overshooting (i.e. without ending up with higher temperatures and then reducing them later in the century), carbon dioxide emissions need to be reaching net zero by about 2050, and rapid reductions need to start now".

According to the report, there are two main ways of removing carbon from the atmosphere: increasing natural processes that already do this (including an increase in forest cover of 10 million square km by 2050, relative to 2010) and experimental carbon storage or removal technologies. In addition, in particular environmentalists claim the need for significant changes in resource consumption, in particular animal products.

The IPCC states that significant tree planting will be an important element of the set of global measures to meet the 1.5 or 2 degree climate target by the end of century. Other measures, such as drastic changes in global food production and consumption, increase of renewable energy, and carbon capture and storage alone would not be enough to meet the targets.

That said, the IPCC also warns that mass reforestation and other measures that involve changes in land use need to be handled with care; in some regions of the world, setting large areas of land aside for tree plantations might pose a threat to the achievement of other sustainable development goals, in particular related to food security, poverty alleviation and environmental degradation, if forests are poorly managed. Therefore, tree planting cannot occur to the same extent and in the same way across different regions of the world.

This is where the UK and devolved governments have a particular role to play – we can plant those trees without compromising sustainable development goals.

In a speech presented to the Royal Society, Prof Gideon Henderson (Oxford University) recommends that "to avoid dangerous climate change, the UK needs to reduce its emissions to zero. We can reduce them a lot but can’t get rid of all the emissions from industries we rely on”, so we also need to actively remove GHG from the atmosphere. Part of the solution are to plant more trees, change our farming practices to store carbon in soils or use more wood in our buildings”. 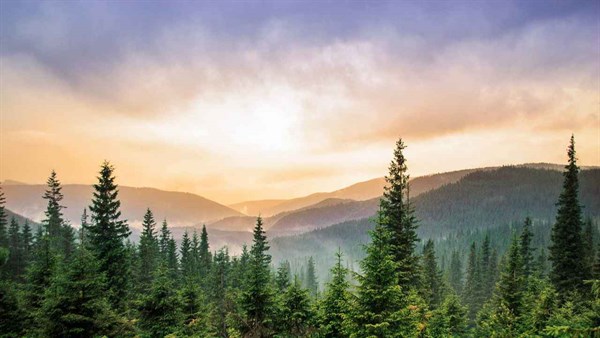 The IPCC urged the international community to make rapid, far-reaching changes in all aspects of society to stave off the disastrous levels of global warming and to focus on country specific climate mitigation and adaptation strategies.

The UK can and should lead by example.

"‘I urge the UK and devolved governments to 'Think Global, Plant Local’ and to get serious about driving up tree planting rates - not only to signal to the rest of the world that we take our responsibilities seriously, but also to reduce our reliance on imports of wood. The UK imports 80 per cent of the wood it uses, the second largest net importer in the world after China.

"As well as trees soaking up carbon, they can mitigate the effects of climate change by reducing flood risks and stabilising soils. Later, the timber harvested can be made into everyday products which store carbon."

Mr Goodall said if the UK Government was truly serious about its green credentials, it had to start moving towards its long-term planting target in England of 180,000 hectares between 2017 and 2042, set out in the 25-Year Environment Plan. This means planting 7500 hectares of new woodland every year [about 15 million trees each year], a tough target when the Government is well behind its short-term planting target of just 11 million trees in five years.

"We need 75 million trees planted in five years to get on track for the 2042 target, and we are struggling to make 11 million," said Mr Goodall. "The targets are achievable, but Government isn’t driving planting hard enough - as the IPCC report shows, there can't be any greater prize than the future well-being of our planet."