The UK must start planting more forests which combine commercial conifer planting with productive broadleaves, to deliver softwood and hardwood timber alongside carbon and biodiversity benefits.

Labour peer Baroness Young told the All-Party Group on Forestry and Tree Planting (watch the video here) that it was time to move away from binary positions and find common ground.

"We need to get some work going whereby commercial planting and conservation planting examine how they go about creating woodland - and try to maximise the benefit for both commercial income and biodiversity improvement and carbon sequestration.  They are coming from opposite directions but with common ground that we need multi-purpose forestry."

Baroness Young, also Chair of The Woodland Trust, said she had visited sites like Doddington in Northumberland and many in Scotland, where planting was delivering "an increasingly greater range of objectives". But, she added: "We must pursue this agenda with much more vigour."

She called for incentives to be made available to manage broadleaf woodland and said: "We cannot move ahead with a major tree planting exercise that involves a substantial amount of native broadleaf wood without ensuring they will be effectively managed for the future. I would like to see at least a substantial proportion of them to be managed in a way that allows a commercial timber crop to be taken."

Baroness Young concluded by saying: "The transition will take decades and we have to start now and I look forward to working this up to see what the art of the possible is - but if we don't start now, we will never start." 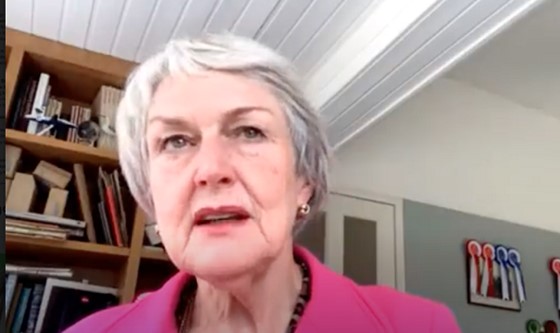 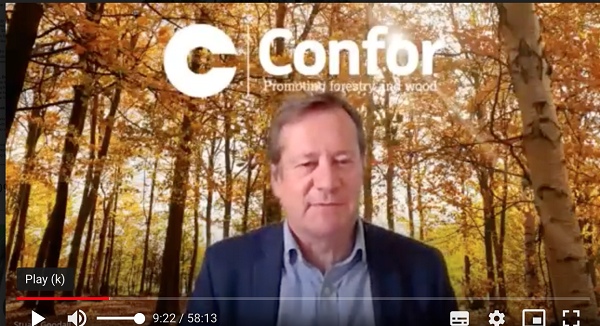 Stuart Goodall, CEO of Confor, backed Baroness Young's desire to move away from fixed positions where forestry was seen as either for timer production or conservation.

He said: "The world needs wood. As economies grow, so does their wood consumption. Climate change concerns are accelerating this because of timber's carbon benefits."

Mr Goodall said there was no need for trade-offs as productive forestry could deliver carbon and biodiversity benefits as well as producing timber - but he stressed that higher-value, longer-term hardwood markets had to be developed alongside volume softwood markets.

Tom Barnes, Managing Director of Vastern Timber, said the UK was approaching "crunch time" on timber imports - with a massive growth in global demand for timber, because of urbanisation, demand for new housing and decarbonisation.

Timber was needed for a building boom in many countries like the United States, where the UK sources much of its timber now, Mr Barnes added.

"By 2050, demand and supply will part company," he said. "The countries that have timber will want to keep it and that bakes in the problem (for countries like the UK, which import most of their timber) for the next 40 years.

"The severity of the problem will be like that after the Great War when the Forestry Commission was founded. Another truly epic effort is needed and we need a National Timber Strategy, which will lay down a timber crop from 2060 onwards." 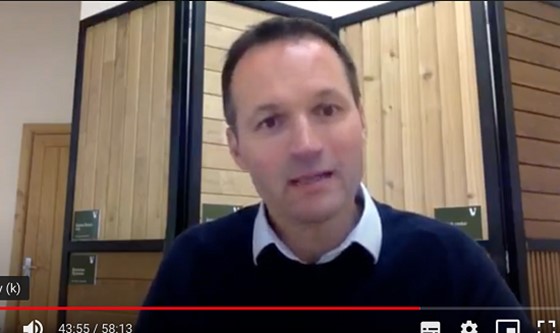 Geraint Davies MP suggested that too much hardwood was being burned and that it needed to be used for high-value products. Tom Barnes agreed, but said that the problem was that hardwood forests had generally not been well-managed and that the quality of timber was often only suitable for firewood. Better seed quality and better management, including improved squirrel control, was needed to deliver better products from hardwoods, he insisted - and there were lessons to learn from how France managed its oak forests.

Lord Carrington, a Vice-Chair of the APPG, picked up on Baroness Young's point that incentives were needed to bring productive hardwoods to the market. "There is no sign of financial resources. I have been maintaining and growing hardwoods in the south of England for 50 years but never made a penny out of it. How are you ever going to attract people to grow and maintain woodland without putting in financial incentives?"

Baroness Young said the time was right for the Government to invest, to show that "public money for public good" meant something, in terms of supporting woodlands that delivered for carbon and biodiversity as well as productive timber.

Stuart Goodall said the England Tree Action Plan, due to be published at the end of May, could map the way to show how this support could be provided to deliver multiple benefits.

Ben Lake MP, Chair of the APPG, said there was a busy time ahead - with the England Tree Action Plan, annual new planting statistics due to be published and the impact of the election results in Scotland and Wales on the industry.