The forestry and wood industry has a duty to engage with the restoration of the Palace of Westminster - and to work cooperatively to ensure a strategic timber supply for all heritage projects.

Caroline Ayre, Confor's National Manager for England, made the comments as the All-Party Group on Forestry and Tree Planting discussed the enormous Westminster project.

Noah Bold, Sustainability Lead at the Houses of Parliament Restoration and Renewal Delivery Authority, told the APPG that it was costing £2 million per week just to keep on top of repairs at the Palace, and that fire wardens patrolled the building round the clock.

MPs are expected to debate the details of the enormous programme in early 2023, before the project team can specify the materials needed and then move towards procurement.

Mr Bold said sustainability was very high on the project team's agenda and it was committed to using as much home-grown timber as possible. He highlighted past occasions where  timber imported from inappropriate global forests had been used in the UK and generated negative publicity. He said this would not happen and described how the 2012 London Olympics had worked closely with a panel of approved timber suppliers, which had taken responsibility to ensure only certified and sustainable timber was used. 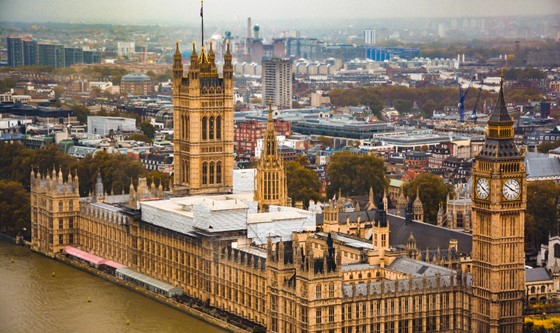 Confor members welcomed the commitment to use home-grown timber, but stressed that the longest possible lead-in times were needed, especially to ensure quality hardwoods.

Tom Barnes, of Vastern Timber, which mills hardwoods and softwoods, said it was important to take time to look at what was out there - rather than specifying something 'perfect' for the Palace and then having to go abroad if it wasn't available in the UK.

Asked if the UK had a big enough hardwood resource to supply such a huge project, he said: "If you give us a few months' notice, absolutely not. We can do much more with a longer lead-in. But it's hard to say until we know exactly what's needed."

Lord Colgrain, one of the Vice-Chairs of the APPG and a member of the House of Lords Finance Committee, said he had seen the challenges of restoring the Palace first hand. He said that estates and landowners with hardwood timber, especially oak, should be encouraged to 'do their bit' and contribute timber to the restoration project.

Jez Ralph, of Timber Strategies, suggested that the Restoration and Renewal team linked up with those working on the HMS Victory conservation project and talked to suppliers about the availability of quality hardwood timber.

Dainis Dauksta, a Consultant at WoodKnowledge Wales, warned that it was likely to be difficult to get large quantities of high-quality hardwoods as it had been historically over-used in shipbuilding, causing much of London to be built with Baltic or Nordic timber. He said technology had a part to play, by creating facilities to make engineered timber products like glulam.

Caroline Ayre said forestry and wood knowledge throughout the last century was based largely on softwoods (because that was what had been planted) and that around 60% of broadleaf woods in England were unmanaged - making it more challenging to deliver large quantities of high-quality hardwood timber. When the oak beams were procured for the hammer beam roof in Westminster Hall in the 14th century, hardwoods did not have the same challenges from pests as today - because there were no grey squirrels in the UK and far more deer were eaten for their meat.

There were many challenges to overcome, but the forestry industry's door was open to support the project in any way and added: "It's our duty to do so." All parts of the forestry and wood sector should collaborate to start building a supply of hardwood timber for the heritage industry, she added.

Ben Lake, Chair of the APPG, revealed that after 18 months of virtual meetings, the group would gather in person again in the House of Commons on 2nd November. Look out for details.